Is there a problem with the IOS package build ? It been hanging for 2 hours 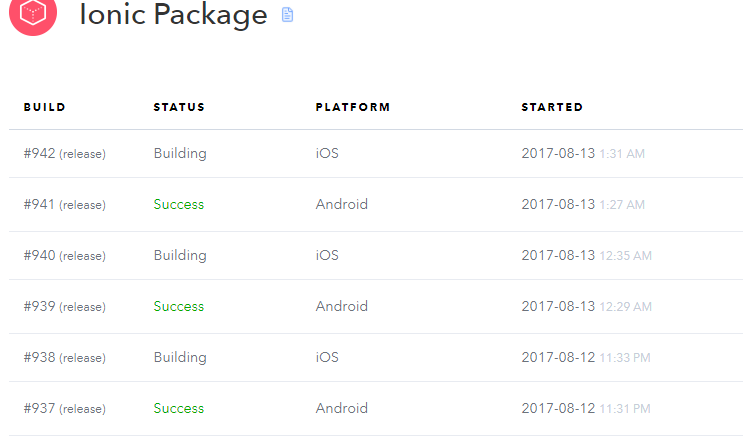 Noone here can tell, only Ionic staff (who are not that active around here) could maybe answer this. You can contact them here: http://ionicframework.com/support#support

You are aware that you posted this on a weekend, right?
Or are you paying for an SLA that guarantees support on weekends in a specified time frame?

From previous experience I would expect this to be resolved in around ~5 to 6 hours when it is monday mornning in the US.

Yes, I realize that it’s a weekend. I thought I had seen 24x7 responses in various forums, and I mainly wanted to see if other people have encountered this issue. Although I am paying the $20 monthly Cloud subscription, I realize that the Ionic Framework is basically free, this is not an SLA issue. I am sure someone will look into it soon, and I’ll know if there’s something I need to fix on my side. Thanks.

As multiple people reported problems with the builds not finishing (see the linked topic under your initial post), I think it is pretty save to say it is a server issue. On http://status.ionicframework.com/ everything is green, so Ionic is not aware of the problem yet, so I think it is very probable that your support issue hasn’t been read and acted on yet.

It seems that something was done. And then I was able to see the log, didn’t understand much but it sent me in the direction of reinstalling one of the Native Plugins (GeoFence) and after removing and adding the ios platform again it got built, so we’re back in business - thank you all.

Phew, good I didn’t promise too much