App build and run succeed for ios and works without any problems in an android device but stop in the start page when i run it for ios. 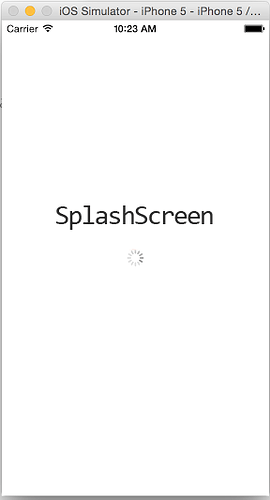 After upgrading to Ionic CLI 2.0.0, my iOS app – in both emulation and device – calls it quits upon display of the splash. After repeated attempts, I got it to render the index.html but, so far, this is once after maybe six or more attempts. Whatever is happening, it’s happening while the app is bootstrapping. Not even my console logs are executing.

No idea why, but regenerating my splash images resolved the issue. That was the only other change, other than upgrading the CLI, when things went awry.