I want to made career in android. i want to know about that which platform is better for mobile app development android or ionic framework?

i want to made carrer in android development. i have not knowledge about android, but i know html, css, java script, angularJS.
but some person says that

I agree, hybrid apps running on Android aren’t the greatest right now. There are a lot of improvements and work arounds but it still takes some work to get an app running smoothly on Android.

But I disagree that the future is not bright. That’s pretty ignorant and I wouldn’t trust that statement at all.

Every day hybrid apps are getting better and better. Not only with the ionic team but with a ton of frameworks. Every day new plug-ins are released further improving the experience.

I seriously can’t believe someone would say that.

In the end, bad code is bad code. You can right something in native java(android) that will run slower than something written in Ionic. Yea, with ionic you may need to do more configuring and debugging, but you can still write some beautiful, smooth apps. When II wrote my first Android app, it was slow as heck. I didn’t know what I was doing or how to optimize. In the end, it’s all about the developer not the language.

If you want to be only an android developer, than yea, stick with Android java. If you want to be someone who can write apps for both ios and Android, then learn ionic. Research plug-ins. Research bugs and fixes. Odds are, there is someone out there who has experienced that issue/slowdown and already fixed it.

I really think the future is with hybrid development. With all these plug-ins, it’s insane to think any different. It might not be next month, but I believe hybrid apps will be way more standard this time Next year.

Yep, a lot of differences, though that number is growing smaller each day.

One of the big differences is how Native apps run vs. how a hybrid app runs.

In order to allow you to build a Hybrid app with web tools, such as HTML/CSS/Javascript, all Hybrid apps run in a webview on Android/IOS. The webview will be different per each platform, but the key thing is that since they are running in essentially a browser, you don’t get all the same benefits of a native app which can rely more on the hardware to do animations and better performance.

If you are making a simple app, without a lot of animations, its hard to spot the difference. But if you are making a game, or an app that requires lots of animations or transitions, than you may notice performance issues if its a Hybrid app. Thats why they don’t recommend building games using Hybrid development.

But again, every day things are getting better and better for Hybrid development. For transitions check out this plugin:

Now, Hybrid apps can have native transitions between views. I tested this on both Android and IOS and its incredibly how smooth it runs, with very little optimization. And thats just one example of how things are getting better.

may I ask how long does it take to learn ionic? as for someone who has never done any development before, but know little bit of java.

unless you have a serious need for Native features I can’t imagine the future holds anything more than hybrid apps increasing their following.

Look at it this way. if you want to develop for one OS you need to invest in the tools and languages… objective-c, Java, Csharp etc… if you go hybrid you can rely on the tools that 99% of the internet uses… HTML/javascript and get your hands on the goodies like location/camera etc. If you need something more specialised then you can still incorporate it.

finally…finally its getting to the point that I can organise code and feels robust. HTML5 changed the world and wont go away.

I can only imagine a world whereby the extremely intensive things are moved into a browser, optimised and then exposed to javascript.

Of course if you want to build games then there are frameworks that better placed and will let you avoid the native shell in the same way that cordova does.

You don’t necessarily “learn Ionic”, you need to know Angular/HTML/CSS if you want to start using the Ionic framework.

While there is a lot to do, ionic basically gives you a bunch of custom angular directives to use in order to make your program feel like a native app. If you are comfortable with angular, you should be able to pick up Ionic in a night.

But learning Angular/Javascript is where there is a steeper learning curve. I’ve been writing Angular apps for almost 2+ years now, and I’m still learning stuff every day. Its all about how much time you put in.

I bet you could publish an app within 4 months if you started now. Spend a solid couple months learning Javascript and Angular, then pick up ionic.

Thank you, I find some similarity between angular and Java. So it should give me a good starting point, but I find I walk into walls quite alot. There seems to be bug everywhere or it is just me :(. I thought I got it last night, but now I don’t know at all. What do you think is the best way to start?

Haha, I’m actually writing some Java right now for an Android plugin, and I hate it!

The best way to start? Exactly what you are doing! I know it sounds cheesy, but the best way to learn in my opinion is to have a cool idea in mind (something sort of realistic though), and just set out to build it. You’ll hit a ton of walls, make tons of mistakes, write terrible code, but with every mistake and wall, you’ll be forced to learn.

You also made a good decision of coming to these forums for help, though don’t fall into the mistake I see often which is asking people to feed you the code. You won’t learn that way and in the end, it will make you more confused. The only way to learn is to just do it yourself and make the mistakes, but then understand WHY it was a mistake.

When I first started learning Angular, I had no idea what I was doing haha. I just knew Angular was a great framework and I decided I wanted to write Angular apps. So I came up with an idea for a site and just started. You can actually see the code and all my mistakes here: 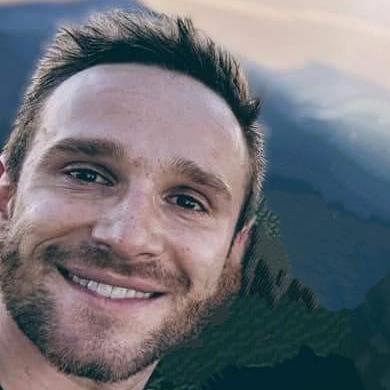 It was a simple site and didn’t do anything impressive, but what I ended up turning the site into was just a sandbox for me to learn and make mistakes. I didn’t care if it was ugly because only I would ever see it.

I made a folder in the app called “tasks” and in it were just readme files, outlining tasks I was working on for the site, and any research or learning that helped me out. I would literally read through tutorials and blogs, and take notes, then go implement it and take more notes on what I was doing.

It really helped me out in the end, and while its not much code wise, its probably one of the best projects I ever did. I recommend doing something similar. Don’t give a crap if you make mistakes, you’re learning right now. Just keep coding, keep building, keep dreaming and eventually you’ll be working on your own startup as head of engineering

Yes DaDanny,thankyou for suggestions on this subject,
really useful

Basically you are asking ,whether it’s better to code in Java-Android, or in Ionic.

Ionic framework is really easy to pick up. You can make a basic hello world app under half an hour , and a decent developer can make a functioning prototype under 2 days. For both iOS and Android.

Ionic uses the same ecosystem as Angular/React/Vue/insert the next hip framework here.So on a sunny day,an Ionic developer can also be Front End Developer and vice versa. 2 developers at price of one. It’s a steal !!.

But …. you can only do 4 things out of 10 in Ionic Framework . So it’s really good for small Apps or Apps not a lot of native functionality.

Also apps made in Ionic are noticeably slower. They are horribly slow on Kitkat(Still 15% market share), don’t even think about JellyBean. Lollipop improves the performance due to chromium/Android System Webview. Oreo has multiprocess webview which will further enhance the performance.

Android development is quirky. It’s not that hard to learn. But there are lot of things you need to remember. But you can access full device capabilities.

And Android IDE (based on IntelliJ IDEA) is really good. It takes care or lot of stuff. Ionic has Visual Studio Code/Atom(Eater of the RAM)/Sublime but Android Studio/Visual Studio/XCode are just better.