Fake: All PhoneGap apps will be rejected by App Strore? Also Cordova?

This post has been seen circulating google results for some time now. While the topic has been in fact deemed to be a fake, we want to make sure that those coming from Google/search results are made aware right away, rather than scrolling all the way down.

Apple/iOS App Store is not banning hybrid apps. Any claims of such are 100% false

Someone showed me a printscreen of an e-mail by iTunesConnect that explicitly says: “Early 2019 new apps created from software or platform like Xamarin, PhoneGap, Appacelerator, Trillian will be rejected” and they are already changing the way they are doing things just because they use ionic and cordova.

I have already an app on App Store and it was built with ionic and cordova. I’m not using a template, the majority of code was built for me except for cordova plugins. My app is unique,it is functional and it has utility for its users.

Just because I use cordova to generate the App, can I be in trouble with that Apple’s rule?

That sounds not good… then iOS export feature on ionic will be useless by early 2019?
I wonder what led Apple to this decision?

Then how about React Native?
Are they going to accept apps built on Java only?
Eventually Java will be the only replacement if they’re going to be hard on framework users…

I decided to not work on Java because of its slow android emulator which takes 3+ hours to build android OS on my laptop.

I don’t get it, they will only accept native apps? What will be the point of Hibrid apps if we can’t have them on appstore?

Xamarin is C# based native app.
I guess they’re going to accept Java app only…basically the ones that are not based on any framework.
If possible, please ask them if Ionic & React Native are included in their ban list.

That might affect Ionic Creator, I don’t know. It doesn’t affect code you create yourself with the Ionic Framework. Code you write yourself is not from a template or generation service. This is good news for programmers, and bad news for hobbyists.

They’re saying they will reject apps created from PhoneGap, Xamarin…
That is a vague statement which doesn’t clarify if they’ll ban all or just the ones which rely on basic template of the frameworks.

Apple goes after clones and spam on the App Store

Every time Apple's developer conference rolls around we get a smattering of changes to the App Store Review guidelines. This corpus of rules can be, in turns,.. 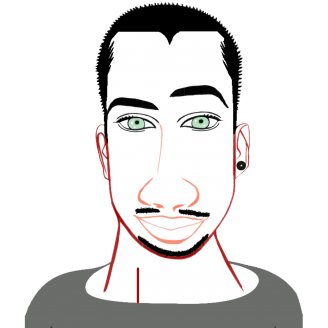 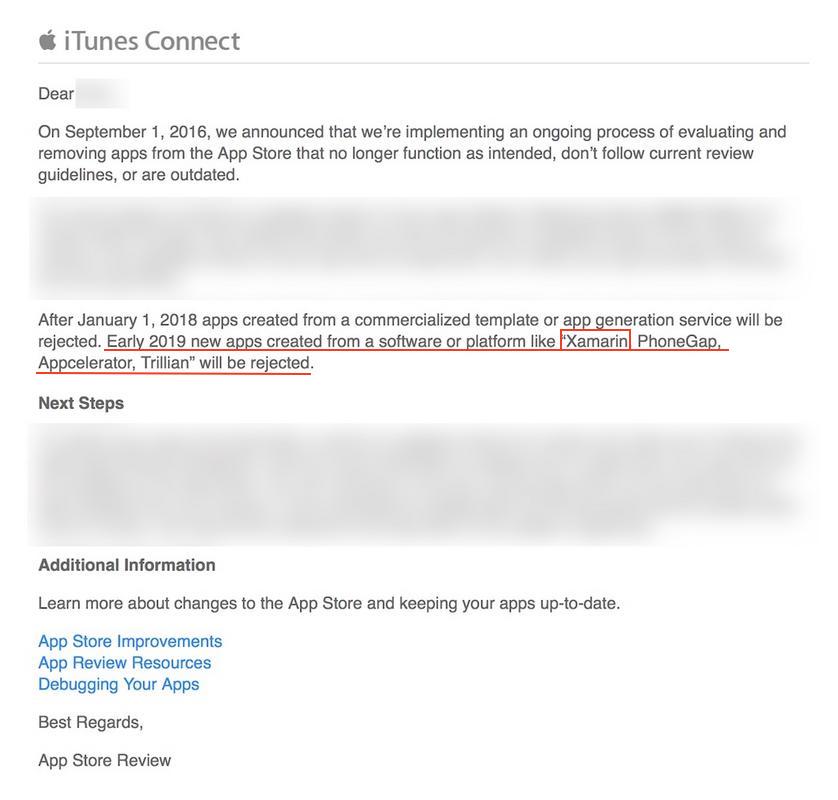