I think is like your project settings, isn’t it?

u want this right?

i hope the gif animation works

left click on the project at the top -> Edit Scheme

@azad11 This is awkward, I made the exact steps as you but again in English, do you have some additional configuration?

In your project in the left sidebar u have a folder “Resources” and in this folder is a “Info.plist”.

Right click and open the file as source code. Copy this in
CFBundleLocalizations

I test it and its works for me

My iOS-Simulator are config German and i start the app as Spain.

after 25 posts we fix ur problem

@azad11 yeah, I think Xcode should put this settings in plain view.

Sorry to revive this topic but I can’t solve the problem that the apps I uploaded to the App Store always shows that the app languages are English or German, has anyone been able to solve this?

@xMarston , I’m in the same situation as you. I updated the CFBundleLocalizations and resubmitted the app store. After approval it is still only showing English and German in iTunes.

I’ll let you know if I discover anything useful as I keep looking into this.

@xMarston just wanted to solidify some of the reasoning it may be happening before finding a solution. Can I assume that you are probably using either the email-composer or local-notifcation plugins? Or, maybe another plugin with a reverse suffix that begins with de.something.something in the Plugins folder?

Looks like most of the apps in the Ionic Showcase also show English and German.

I’m possibly going to try to experiment with localizing the app name (which appears under the icon) for different languages to see if that is enough to trigger the localizations in the bundled package for Apple to read.

Through some combination of these two articles:
http://developer.appcelerator.com/question/98921/how-to-localize-the-name-of-your-app-and-the-splashlaunch-image 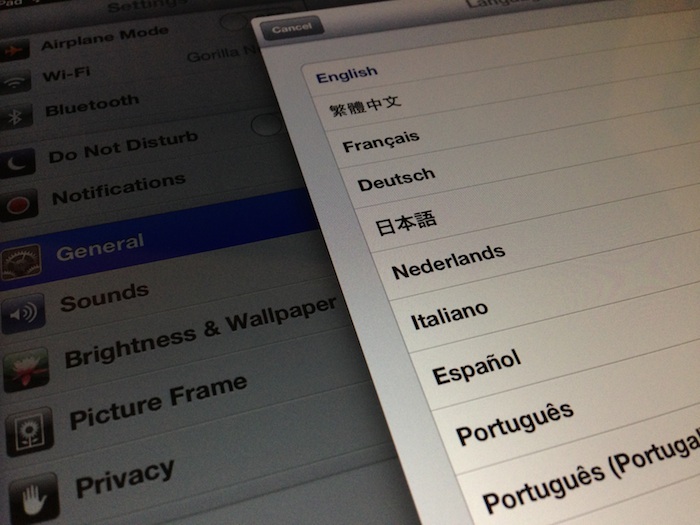 This is a simple iOS Programming tutorial about localization. We cover how to internationalize and localize your iPhone apps to support multiple languages.

Additionally, just to put my investigations out there in case someone else has already tried things. If I select my project in xCode and then Project again in the main view, then “Info”, this is what is listed under Localizations for me right now. The odd thing is that it also shows Spanish and Northern Sami. I can’t find a way to determine which of those German ones may actually be making it show up that way in iTunes.

@gylippus Yeah, I have installed the local-notification plugin. The strange thing is that in iTunes Connect the localized language is Spanish but the App Store shows English, German. I hope some day we find the solution!

Just put out our latest releases and I found a way to make sure all of the proper languages show up in iTunes.

How? Focus on adding localized app names for each of the languages you support, even if this just means repeating the same name in every one of them.

There are plenty of sites that describe how to do this, but this one seemed to be the most clear and up to date: https://kb.applingua.com/2011/10/how-to-localize-app-names/

Hi I have the same issue. But I can not see the photo. Can you help me ? Thanks in advance!

Can you view the image at this link? http://imgur.com/9SjAllH

Basically you need to add a localized InfoPlist.strings instance for every language that you want to support.

Ours actually each have the same exact content which is the app name that goes under the app icon.

I cannot. I do not have those images either. Have you tried implementing the translated InfoPlist.strings files? Is there a step you are missing or is something not working?

Oww… Sorry i dont have anymore the screenshots :S