Just updated to version 3.1 and created a blank project to test it out.

In Chrome dev tools I cannot find the src folder to debug the code running - screen image and info below: 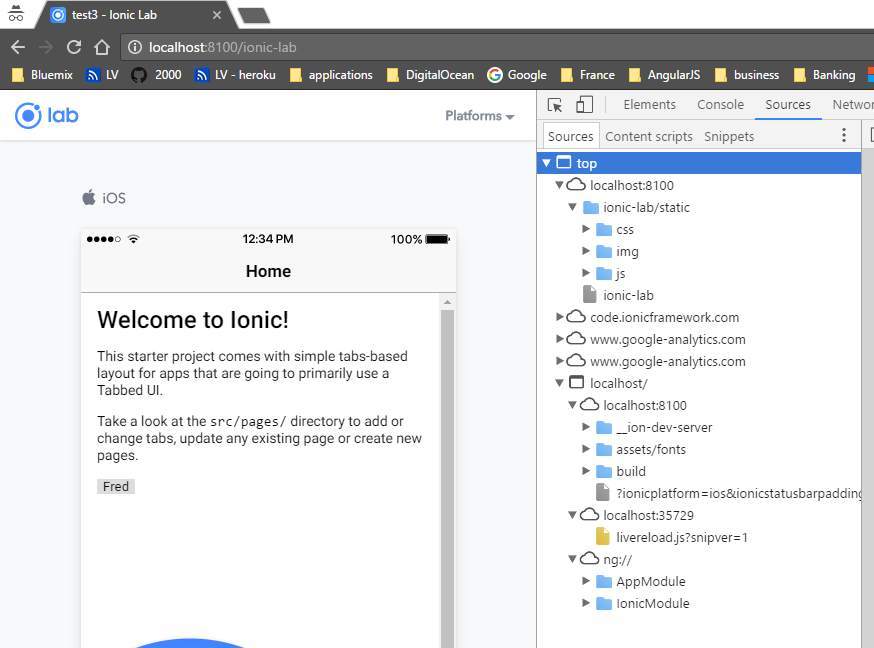 I’m also not seeing ts files in the chrome browser which helps for debugging the ts files. can some one help me with this?

I had the same issue. I got it to work after downgrading the typescript package to 2.2.1 instead of using the latest (2.3.1 as of writing).

I also made sure I had the latest app-scripts package.

I got this fixed by updating the @ionic/app-scripts to 1.3.6 version

I suspect it is being caused by the command line interface version - I updated to Ionic 3 as per the instructions but I don’t remember doing an update on the CLI.

Hey, just adding an official answer to this.

App-scripts was the cause of this issue.
We released 1.3.6 of app scripts, which fixes the source map issue.
Sorry for the hiccup!

So how do I update to 1.36 other than amend the json file?

You modify the aforementioned package.json file, then run the command npm i.

@mhartington
I did “ionic start test2” and it download the app with the app scripts 1.3.6

I know that’s the problem fixed - but could the option be put into the build production call not to show the src folder and hence make the code harder to see?