App launch time is too high

I have migrated my ionic2 TS project from Ionic2 Beta11 to Ionic2 RC6 Stable version.
Now app performance is extremely improved. but app boot time or Launch time is extremely poor . It was taking 20 Seconds in Beta 11 but now taking 1 minute and 40 seconds.

Can any one help me to resolve this and reduce the boot time?

By boot time do you mean the time taken to launch the app from your device ?
Consider using

Also you may need to remove and readd the platform if you developed the app using beta.

I tried this but still same

And are you getting any errors in your device logs ? Open Chrome and use the inspector to see if any errors are coming up on your plugins. 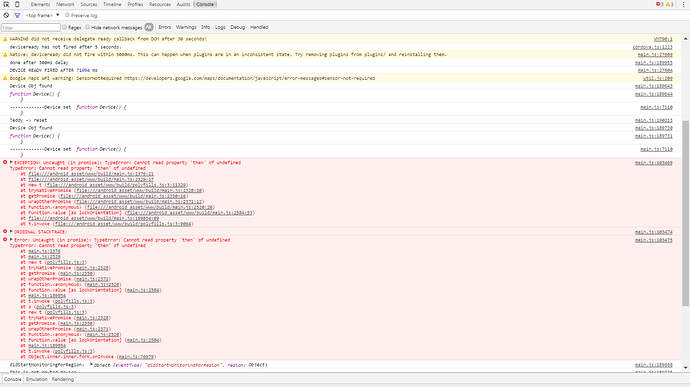 Even though i don’t think this is the cause because my device ready method itself triggering after 1.30 minutes.
The same Project was taking 20 seconds only before the migration. The problem started only when i migrated to Ionic Stable RC6.

I have the same issue. I fixed issue with blank screen shown after splash screen dissapears. The issue was, that there was a blank screen for 6-7 secs, after splash screen dissapears. After fix, blank screen doesen’t appear, but i have a really big delay time (same 6-7 secs) before splash dissapears and app is launched.
Link with fixes: http://www.codingandclimbing.co.uk/blog/ionic-2-fix-splash-screen-white-screen-issue-14
So as i can understand, the platform being ready firing after that 6-7 secs

@Dewett @Delboii Really Thanks a lot for your help full suggestions and support.

I fixed the issue - The slowness is because of the duplicate class names for more than two component classes. Since multiple classes presents with same name, I imported and declared only one class among those classes. So we did’t get any errors related to duplication. But app took huge time to resolve it self . When i renamed the duplicate class names. the app splash screen got closed in 15 seconds(Previously closed in one and Half minutes ) . Thanks All