I built an android app with ionicframework and cordova.

But when i try to run on my Samsung Galaxy S4 the app is really slower than the same code in the webbrowsers of my phone. (Translate3d scrolls, page loading …)

How can i expect to have the same perfs ?

With the last 3.6 cordova version

How can i do to have the same performance as i can see on the phone browser (with meta app-capable for example) ?

What version of android are you using? Android is like the IE of mobile web, and samsung’s webview is the IE6.

Have you seen this? 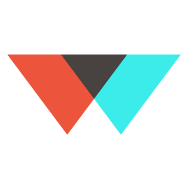 Many people have tried it and say it improves their app.

I m on android 4.4.2 so it use chrome webview but really slow i ll try croddwalk and give ypu feedback

I have tried Beta 14 plus Crosswalk on a OnePlus and get the same, I am sorry to say, dismal performance as with the build in 4.4 chrome webview. The only visible difference is that crosswalk currently do not load the splash screen. On a 5s the same app screams performance wise whereas on android everything seems to run in melasses.

The app is using sidemenu and a few lists and google maps and a number of plugins including notifications and background processing.

I must say I am also at a loss…

Kit Kat was supposed to have the web view that would address the performance issues we’ve seen with mobile apps on Android, but I actually think in many ways it’s a step backwards.

I’ve used the following devices all with Kit Kat in the last little while, HTC One M8, Samsung Galaxy S5, LG G3, 2014 Moto X and all of them had very sluggish animations. The Moto X on Lolipop actually still does. Animations are choppy and inconsistent.

It’s a shame, but something I am sure will improve with time