I built a new Capacitor plugin, using the V4 model. (on Sunday)
is compiles and checks out fine. no errors

now I want to incorporate into my app, which previously used capacitor 3.

I did the capacitor upgrade from 3 to 4,

Guide for updating Capacitor from v3 to v4 in your app

and the doctor says I am at the right levels

the plugin and the app match

i did the ionic build of my project, with no errors
and then the npx cap sync, no errors

then i open the xcode project and build

and the import Capacitor of the little stub swift file fails,

no such module Capacitor

if I comment that out, it fails on the Plugin swift

@jcesarmobile as you mentioned in the issue, I did the npx cap migrate

and it changed all the items listed in the ios section of the upgrade instructions.
ios version, podfile changes pre and post the pod list

I only did this on the app, as the plugin was created in Cap 4 already.

i had just finished migrating the app from Ionic 4 with cap 3 plugins (I had created my own for udp broadcast client) . (late 2021) to 6. and the app builds and runs if I remove the plugin

You’ll have to provide more information if you want to get help.

When creating a plugin, make sure you use @latest on the init command like this npm init @capacitor/plugin@latest, otherwise it can use a cached versions of the plugin creator and create the plugin for Capacitor 3.

dummy app and plugin work, altho get error for import Capacitor in the classnamePlugin file… then xcode says, OH part of Capacitor, ignored… but if u remove it, compile fails.

the import Capacitor is NOT in the generated stub. (classname.swift)… so I think this is different than the doc, creating the screen… plugin)

when I add a plugin that includes a vendor framework, then trouble starts

Can you at least provide how your plugin podspec file looks like? 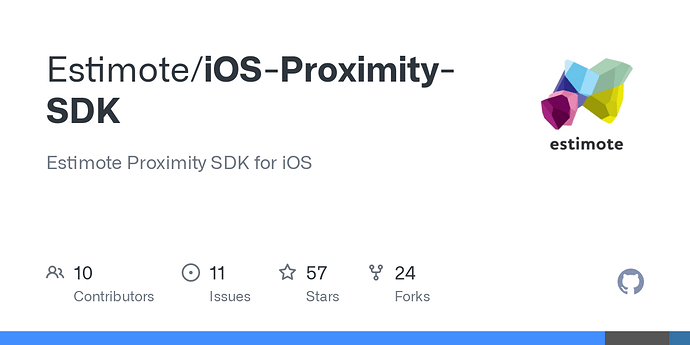 Estimote Proximity SDK for iOS. Contribute to Estimote/iOS-Proximity-SDK development by creating an account on GitHub.

have mercy, I am a neophyte at all things IOS and plugins.

the frameworks were not added by using the sdk pod install instructions.
this was the only setup that made the frameworks appear in the app after inclusion (npm install) of the plugin (IMHO the plugins dependencies should be dragged along, so that the app doesn’t need additional config… nm install should solve that as it does for other libs)

what is the stub class (referenced) as implementation ins the classPlugin,
and what is the intended separation between the two?

the stub class doesn’t live in Capacitor, but the xxxPlugin does?

I can’t find documentation about s.dependencies, but looks like if you add it then the existing s.dependency 'Capacitor' gets ignored.

Instead of using s.dependencies, you can use multiple s.dependency entries

as I said for the frameworks, I get EstimoteProxitiySDK not found. (in the plugin and stub class) if I don’t add the frameworks lines… but I’ll try anything…

ok, I moved everything back to xxxPlugin…
something is looking for the stub file… (can’t delele it , build fails)…

back to my normal build process

my code is in js, not typescript

[error] Could not find the web assets directory: ./dist.
Please create it and make sure it has an index.html file. You can change the path of this directory in
capacitor.config.json (webDir option). You may need to compile the web assets for your app (typically npm run
build). More info: Development Workflow | Capacitor Documentation

I hate that the build fails for this missing folder and file… I put a fake one in and its ok to continue…
i don’t have web or android parts to my app.

i had to edit the node_modules/@ionic/eslint_config settings in the plugin to get rid of that error, commented out the ./index line

now trying to get to the plugin from the app…

ok, app builds a runs, but the plugin is ‘not available’ for some reason

never mind, right there in build output… didn’t find export EstimoteUWB in plugin project… doah
its whatever is exported from the plugin/src/index.ts

so, net… editing the podspec, removing the line with the multiple frameworks, which excluded Capacitor, was the primary problem. and making sure the index.ts export matches what the app will use.

so switch to the other.
no pod file, have to drag/drop, add to the frameworks in xcode.

go to xcode to build to create the app… and now the framework is not found while compiling the plugin code. which just compiled successfully a minute ago in the plugin project.
so the framework was not copied to the right place … wherever that is…
adding the framework manually to the app does not fix the problem I marked it embed and sign in the plugin

editing my app in visual studio , after adding the plugin import to my vue code, i get editing assistance for the plugin and its methods.

anyone have the magic incantation to make this work?

the real question is why is it compiling the plugin again?