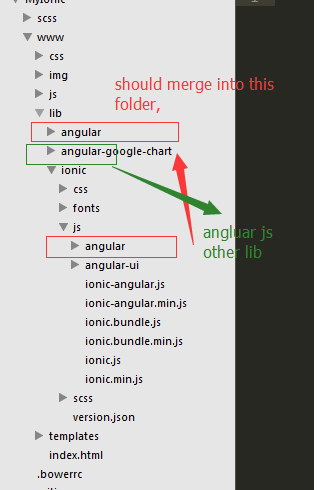 Bower can be a bit of a pain sometimes

So you should be able to just ignore that if you’re referencing ionic.bundle.js
This is an example of how bower will handle a dependency’s dependencies

first thanks for you reply.you mean ionic is dependency special version of angular,but other (like angular-google-chart) is dependency anthor angularjs version? so my dream folder path is not possible(in picture). 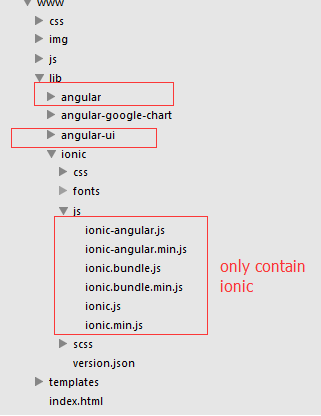 Honestly, you don’t even need to worry about that directory too much.

If you are referencing ionic.bundle.js (which includes angular 1.3.8, ui-router 0.2.13, and ionic) and then reference angular-google-chart, everything will work fine.

The directory structure doesn’t really matter too much.

ok thanks very much.