It’s not possible to write a what’s app clone in ionic 3.

There are numerous issues relating to the keyboard, suggestions bar, autocorrect/spelling options and ion-input

I have detailed these, provided videos of issue on various posts but these have not been addressed in any sufficient way.

I’ve spent so much time battling with this over the last months that finally I’m beginning to GIVE UP WITH IONIC.

As Ionic is open source software you could decide to lend a hand if you’re so fed up with all the work other people actually put into this framework. Off course there are issues, off course that’s frustrating. Sometimes things don’t work out the way you were expecting. Development overall can be frustrating, especially with a framework that grows unbelievable fast (as does the underlying techniques over the last few years).

Maybe using the framework wasn’t the best choice for you, but hopefully it will be for others. Because it’s a good framework, although maybe not for every use case. I can definitely say that it works for al the basic things I expect out of the framework, so keep up the good work guys and girls of the Ionic Framework!

Just go back to Ionic 2 until you think 3’s ready for your project. I think Ionic CLI 2.2.0 would do it for you. Anyone know what @Alexmady needs?

How do I install a previous version of an npm package?

Anyone know what @Alexmady needs?

To learn how to ask better forum questions. It’s impossible (at least for me) to diagnose his problems, because he gives no code, no update history, no package.json. Just videos, which explain nothing about what’s happening under the hood. So I just skip his questions and move on.

And to be totally honest, there aren’t that many open questions on his behalf. There’s another topic right now which I think I might have answered, but waiting for the response. I think it’s harsh to say issues haven’t been addressed in a sufficient way, since we run this open community together. That level of service could in my opinion only be asked in some sort of payed environment, in which you may or may not receive full support.

I was looking to see if someone could correct me on the version he needs to rollback to.

I was looking to see if someone could correct me on the version he needs to rollback to.

I have a hard time believing that rolling back would do much of anything, but I’m not watching videos to figure out what’s OP is talking about.

You’re correct. Looking to get him back to an environment he’s used it. But he can’t roll back the current project.

I was referring more to doubt that “numerous issues relating to the keyboard, suggestions bar, autocorrect/spelling options and ion-input” all just came up recently. Not that much really changed when the framework went to v3.

I read that as blowing off steam … in one ear, out the other

I first came across this issue in July 2016 (https://github.com/driftyco/ionic/issues/5432). There are numerous posts from me on this thread describing the issue in detail and providing example projects and videos.

Please check out this latest repo: 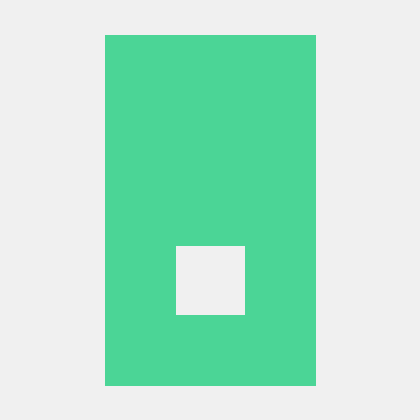 Contribute to KeyboardTest development by creating an account on GitHub.

If you build this and run it on ios you will notice that there are several issues compared to the way any typical chat app works e.g. whats app.

Very much look forward to hearing your thoughts

One of the best aspects of Angular and Ionic is that much of what you’d otherwise have to control is abstracted away. When you get to the level of concern that your list shows, neither Angular nor Ionic are best for your project. If you need millisecond accuracy and paired dependencies, you need to write in the respective native languages for your platforms.

Sorry but your reply is not at all in the slightest bit helpful. If ionic 3 can’t handle basic chat functionality then thats a huge disappointment.

Might be look into this. I’m also working on a chat application. Handling keyboard issues, elastic text area, input in footer. I found most of the solutions online and added to my app.

And for the record, my post is not simply a cry for help. It’s a warning sign to other developers not to waste their time with this framework if they want native like chat functionality.

Guess what, there is not a single repo that demonstrates an effective single chat page - I wonder why that is - its simply not possible in Ionic 3 - I want to make other devs aware of that so they don’t invest their valuable time in a framework that cant cut the mustard in this respect.

A mock chat page (like my example repo) is something that should be very simple for a decent developer to implement in a matter of hours. In the case of ionic it takes less time to implement the respective solutions individually, on ios and andorid - which defeats the whole object of hybrid.

Furthermore, some of the issues are only present on ios and not android, as I have previously described. The whole point of a hybrid framework is to abstract that sort of issue away.

Don’t get me wrong I am a huge fan of ionic, but if certain crucial features are missing, which I have done my utmost to make the community aware (over the last 6 months I have waited and hoped that these issues would be addressed), I simply can’t use it.

You’ve judged me as being one of those guys that hasn’t bothered to google and just complains, if you reread my posts (from July 2016 onwards) and examine my links videos, example repo and previous comments you’ll see that this is not simply a find it on google situation, believe me I have tried.

There have been numerous useless posts on this thread from over sensitive people - Im looking for input from the sort of person thats going to open up the example repo and talk about the issues at hand.

believe me I have tried

Creating a Real Time Chat Application with Ionic and Socket.io

Create a real-time chat application with Ionic 2 and Couchbase using the JavaScript Socket.io. Send messages between platforms and devices.

Across every possible device and platform? That’s the goal of hybrid development, but it’s not achieved yet. Expect to put in a lot of time getting everything just-so. The intended benefit is that it’s less time than developing independently for each platform, because there’s a lot of code and concept reuse.

There’s a chance you might need to write a Cordova plugin to get exactly what you want. With that level of specificity, you might need a custom native interface. I don’t understand why you’re upset about that. It seems like a decent division of labor to me: use Ionic for Observables and layout, use Cordova for native feel of the app UI.

This example is victim to all the the issues I have described. You are obviously not taking any notice of the real content of my posts. As I have described extensively, its the keyboard/input related issues that are of particular concern and they have not been addressed effectively by any chat tutorial out there.

Like I said, I am only interested in replies that are actually useful, sorry but your comments are of no use yet again @ryanlogsdon and furthermore highlights how you seem to like replying to posts but not actually getting down to the nitty gritty of the issue at hand, which you clearly have not understood otherwise you wouldn’t write such a pointless reply.

Have you built and run the example you posted on ios with the latest ionic 3? - no didn’t think so. Does it in any way address the issues I have described ? - no, it does not.

I am using ionic’s home baked plugin - https://ionicframework.com/docs/native/keyboard/ - but it does not work sufficiently to be able to make an effective native-like chat app

Maybe you should develop on that Cordova plugin as @AaronSterling proposes? If most of the problems are related to that plugin, it could be helpful for others as well if you make the needed changes to that plugin.