I encountered an error when trying to run ionic run android. The message I got is:

This happened to me last year when the server went down. There wasn’t really anything I could do until it came back up.

the same here, let’s watch and see what’s next.

same error.
Looks like it is in maintenance phase right now.
if any one found solution kindly share.

I had the same matter. How to solve this? caused build android with errors!

same problem for me!

The 01.org server seems to be down. So till the servers are back online, you can ask Gradle to use the local copy of Crosswalk.

I was having the same issue from last one hour. The following solution worked for me.

Open platforms\android\cordova-plugin-crosswalk-webview\*-xwalk.gradle file in your project directory, where * is your project name.

Look for the section -

So your final data would look something like this -

Thank you so much hemantv!
That’s why I love about our ionic community. People helps each other!

Thank you for this hemantv.

We can follow the status of the issue here: https://crosswalk-project.org/jira/projects/XWALK/issues/XWALK-7553?filter=allopenissues

TNQ!
You really saved my day…
Have a good day~

seems to be the way to go
thank you

You can try this alternative method to get the version of Crosswalk, rest of the steps are same.

You can also add the following to the config.xml file

You can change the library version as necessary.

Thank you for this @hemantv

Official words from Crosswalk about this: 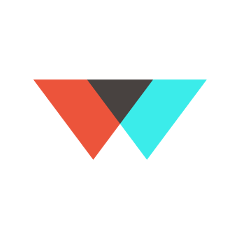 Our download servers are down. We don't have an ETA for the fix, please use this workaround (thanks @mateusgrb): stackoverflow.com/questions/4602…
lesimoes September 5, 2017, 12:56pm #19

This solution solve my problem. Thanks a lot!