I’ve updated my ionic app from beta 11 to rc0. I am trying to use a custom component that I’m calling from the home-page.html

In the slider-component.ts, I have a console.log which remains always undefined

Any ideas on what I’m doing wrong?

Note
The ionic lifecycle hooks is ionViewDidLocad, but since there is an issue with child contents, I’m avoiding it. 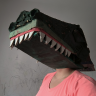 Issue: ionViewDidLoad fires before childs components have been loaded

Thanks for the idea. I’ve used ngOnit and variable was defined.

I was not able to use the ionic lifecycle hooks. Do I need to import them? How to use them?

No need for impot, see doc

*If you copy from my comment, it was misspelled, I already correct it

Thanks guys. Problem solved. One of the songs had an undefined variable and it was creating errors.