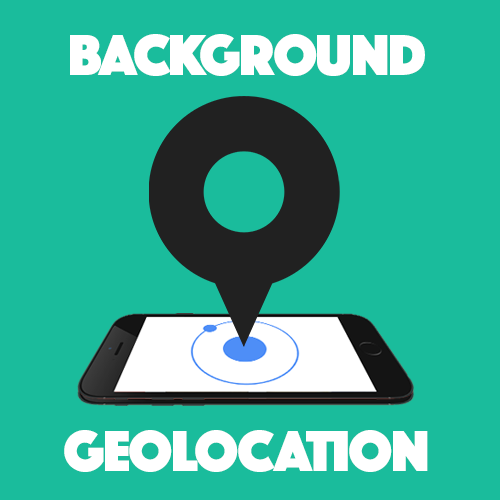 In this tutorial I am going to show you how you can enable Background Geolocation in your Ionic 2 applications.

And when I’ve added the Geolocation plugin, I imported that on my app.module.ts like this I get error : TS2345

and in my provider :

You have to install the Cordova plugin and the Ionic Native wrapper module as well. Check that both are included in your package.json

Since a new version of Ionic Native was just released with Ionic 4, I think you need to include a version # when installing the wrapper. Otherwise, it will pull in Ionic Native 5.

Open your package.json and see what the version #'s are for the StatusBar and SplashScreen. You can use that to install the proper version.

I was facing the same issue, because of the update of ionic 4 compatiable plugin in @ ionic-native github repo. You need to install older version using: npm install --save @ ionic-native /plugin_of_your_choice@4.20.0

Remember - dont play with the number after, go to the repo and check for versions, and install accordingly. I

I was facing the same issue, and it stopped after i followed the above mentioned solution. You can also see this: https://stackoverflow.com/questions/54361396/ionic-3-error-install-native-plugin-after-ionic-4-release

Thank you for your reply . I’ve solved the problem with that although the ionic web page said :

To use a plugin, import and add the plugin injectable to a @NgModule. For Angular, the import path should end with /ngx.