I am trying to get my Ionic5 + Capacitor app to build for Android. I followed the officil steps here

and opened the project in Android Studio.
Here, I hit a blocker because there is no target app to build. If I create a new through “Add Configuration” I have no module to select that would be launched in the app. Hence I can not build the app. The steps I took seem incomplete.

as well, still no build target

Anyone have an idea? I my project not configured properly? iOS builds fine btw. 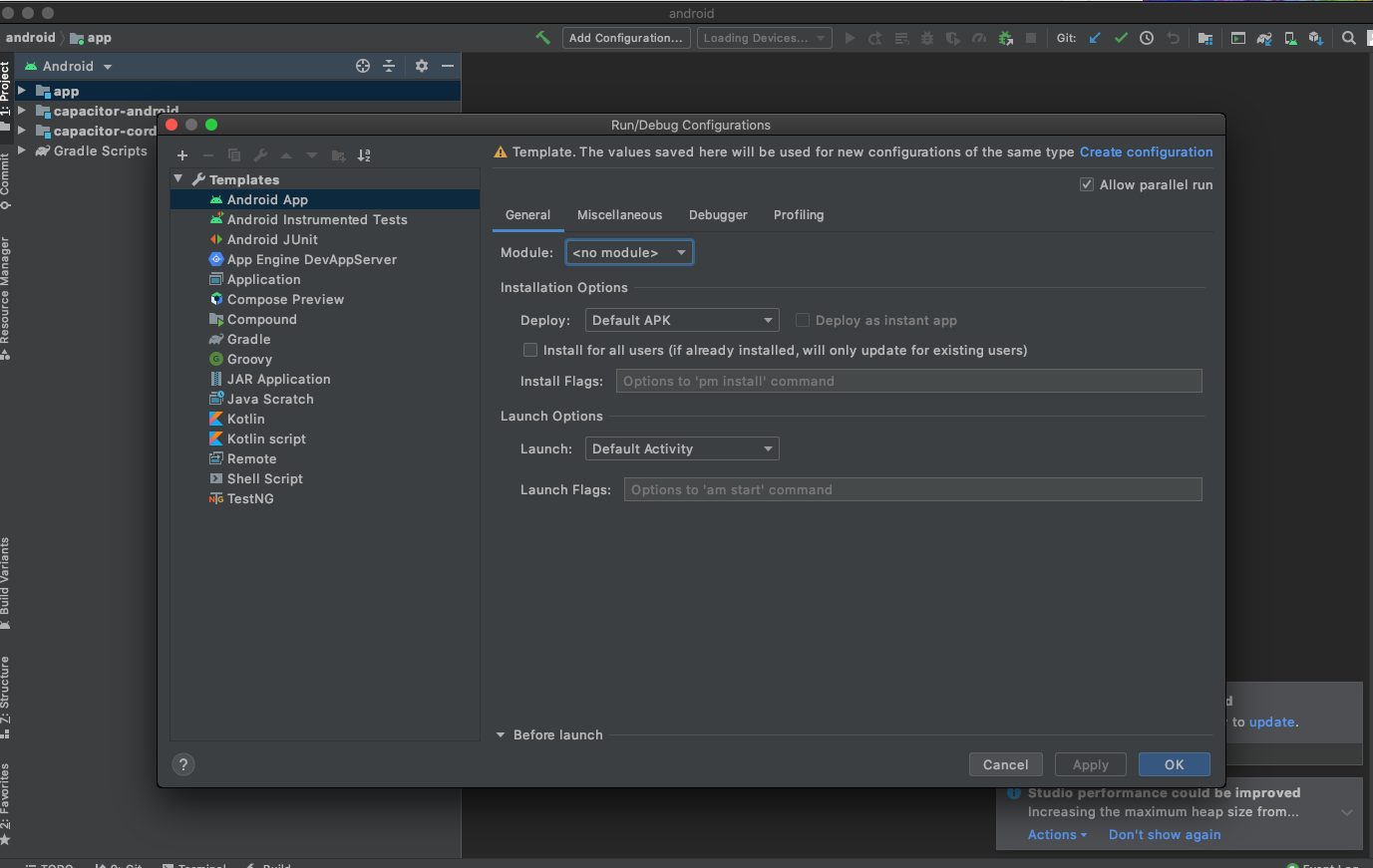 No, still the same outcome. I also tried ionic capacitor sync android before.

I don’t think it matters, but I am running this within a Parallels VM because I do not want to break my production build environment on the host (yet).

You can build directly from your terminal without opening android studio. Check ionic-capacitor commands

Thanks for the link. I was able to generate the debug app, so that worked! But it failed to install “App not installed” . Got to look to find some logs to figure out why it fails installation.

Can you try to uninstall and reinstall again?

You mean the android folder? I’ve been doing that… rm -rf android ionic capacitor add android but it did not change anything.