Input-has-focus class not being applied

I’m sure it’s been fun keeping up with all the changes in the Angular 2.x RC stuff so maybe this is just related to all the upheaval going on with forms but I’m trying to duplicate the functionality seen in the Floating Labels portion of the Ionic 2 Component Docs:

for whatever reason when I click into the input field the label doesn’t float up top out of the way. It just sits there and any text I type into the input overlaps with the non-floated label

I thought maybe it just wasn’t picking up the click/focus in the input so I wired up some simple events with Angular and I was able to get them all to fire properly so I don’t think that’s the issue but who knows.

I’m using Webpack also but I don’t think I did anything too exotic that would have screwed things up either. 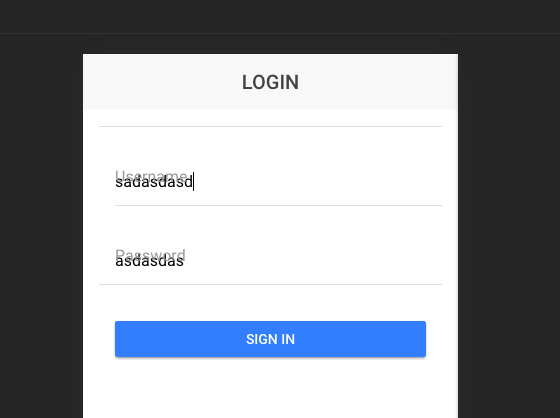 I guess I’ll try and reproduce the issue with one of the ionic starter projects to verify it’s not my webpack setup. In the meantime, if anyone has run into this issue or has any theories as to what is going on please advise. Kinda sad that I got pwnd my something as simple as an input field right out of the gate

UPDATE: I finally figured out what it was…it was the damn polyfills. I was using this:

and what I needed was: