I have an app that uses Google Maps, and it is working fine on Android.

But it is blank on IOS. Nothing appears on my console, so I have no idea why =/ 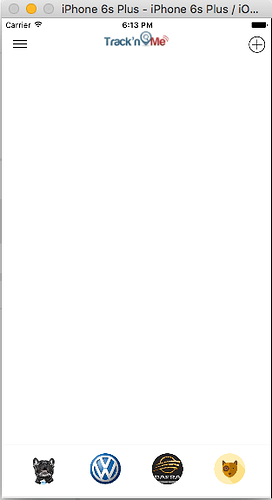 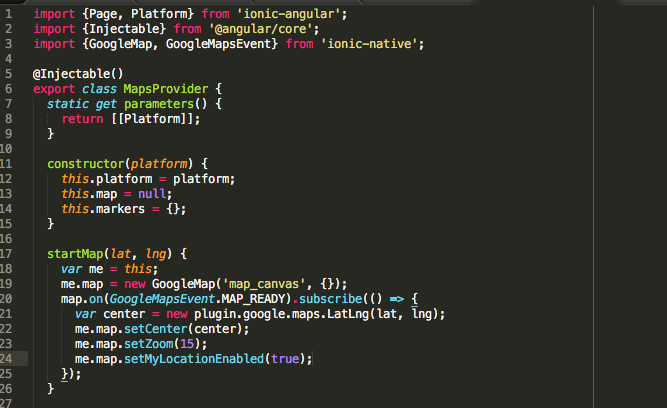 Does anyone has any idea how to fix this?

Use the JavaScript SDK. It’s more reliable than the cordova plugin because you have Google’s own SDK API with no bridge between you and the SDK. The cordova plugin that ionic-native wraps is very unstable and the developers that own it are non-responsive to many of the bugs.

There is currently a bug where the map will sometimes load blank in iOS.

My problem is that the Javascript SDK is really slow compared with the Native.

Have you checked the console for any errors?

Yes, I’ve checked on Safari Console, but nothing =/

I had that same problem (speed of Native over JS SDK), but then I saw how incredibly unreliable the cordova plugin is and the slight delay in loading tiles etc, in the JS version became more than acceptable since I knew I could ship code that works.

One way to help the speed of the Map JS SDK is to let the container live outside of the ion-app container so it isn’t destroyed as you constantly change the Nav Stack. You can achieve this with a provider dedicated to the Map.

One way to help the speed of the Map JS SDK is to let the container live outside of the ion-app container so it isn’t destroyed as you constantly change the Nav Stack. You can achieve this with a provider dedicated to the Map.

Humm interesting, could you share an example of your approach ?

Two things, make sure you include the following style in your app to workaround a little display bug with Ionic:

and also make sure that you give your map container a height:

I’m actually working on a tutorial for this now as well, which will probably be out today.

Could you explain how did you do that?

Thank you very much, I’ll use that for sure =D

Thanks your sharing in the first place, I just followed your article recently to develop my first Google Maps App, and solved so many problems I encounter, after I deployed my app into my mobile devices with Android version 4.4.2, it’s all working. Instead. when I deployed it into mobile devices with version 6.0.1, it can’t be displayed.

So I examined the source html file produced by Chrome Remote Debugging, I found that it caused by the problem which there is no any .gmaps_cdv class, have you any idea about how could I solve this problem because I feel like maybe somebody will encounter this issue, please?