When I remove the plugin, both IOS & Android load in under 4 seconds.

For now I have deployed updates to the app stores removing this plugin because I was getting complaints that the app loaded to slow or not at all, users would be confused and just close it.

Any way to improve its performance?

How do you build your app?
What is your ionic info output?

Same situation on my side. I am guessing the connection between APP and ionic update server is slow and causing the issue.

under the up2date setup, even a simple app with just 4 buttons for testing, it is still slow and sometimes taking forever to show the main screen.

Hi, did you find any solution for this issue?
can we print content downloading progress percentages on splash-screen?

Hi, any update from this? I am also having this problem.

My fresh downloaded app from store loads fast. However after downloading an update made the splash screen loads so slow. Either what update_method i choose, it is still slow.

The solution is already here:

The solution is already here:
https://capacitor.ionicframework.com/docs/apis/splash-screen 1

Terrible advice as a) Capcitor is still in alpha, not production ready, probably doesn’t work with cordova-plugin-ionic and pretty sure doesn’t work well with Ionic Pro yet in general. And b) because this topic is not about the splash screen plugin itself at all.

Any advice? or workaround?

So do you know of any solution? or even what the underlying issue is? My team would love to use live deploy, but this is a major sticking point.

Please patiently wait until Capacitor is production ready. Migrate your project.
or study React Native which has a solid splash screen plugin: 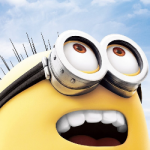 react-native-splash-screen - A splash screen for react-native, hide when application loaded ,it works on iOS and Android.

So nothing yet? No solution?