Ok i did fix the image with the psd template but still the same error.

Can’t figure out the cause of the issue yet but I kinda narrowed it down to be an issue with Ionic 2. Which doesn’t make sense since the files are there and all.

I had similar issue with Ionic 1 using Cordova Android 5.1.0 …

I’ll let you know if I reach a solution.

Have you made an issue in ionic 2.0 branch in github?

Running the following commands fixed the issue for me:

This will get you the latest version from their repo.

That are great news, thanks for taking the time.

This worked for me as well except the splash screen starts fading out right after it loads. Is anyone else seeing this or know if there is a fix for it?

add the following to config.xml

I like the fade effect so what I do is I reduce the duration of it and I delay it a little bit.

To do that add & tweak the following in your config.xml

I follow your described steps Here and add a SplashScreen but after run this in emulator its show a loader over the SplashScreen . can you please help me to solve this . 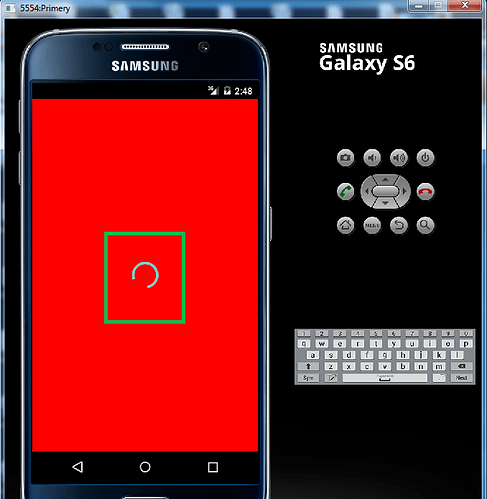 Thanks! This worked for me.

Heeyy that worked perfectly… at least on android, in ios i have the same issue where the default splash screen shows instead of my custom splash image, any idea how to solve?

Did you try running ionic resources ?

Multiple times with no luck.

You can prevent the spinner from showing by using this option:
<preference name="ShowSplashScreenSpinner" value="false"/>

I read http://ionicframework.com/docs/v2/native/Splashscreen/ but not found any option

yes but your link is more like a tutorial, the actual documentation for the splashscreen plugin is at https://github.com/apache/cordova-plugin-splashscreen

For anyone out there who drives themselves slightly insane with the erratic behaviour of a white screen between the splash and the first screen of the app, I found the following when testing on my Nexus 4 (Android 5.1.1):

Any updates made to the splash (in config.xml) does not show on the first:
ionic run android

In fact, it does not honour the settings detailed in config.xml

Instead, quit the app after first launch on the device, and re-run. This was the only way I could get the splash screen to start to behave as expected. It allowed me to have control over it using:

Once I have done this a few times, the app then seems to return to working as desired.

Hi @shaoner thanks for this post its working for me