DevApp is coming along nicely.

Also, adding web inspector capabilities like WEINRE would be the bomb and I would sing Ionic Pro’s praises from the highest mountaintops. 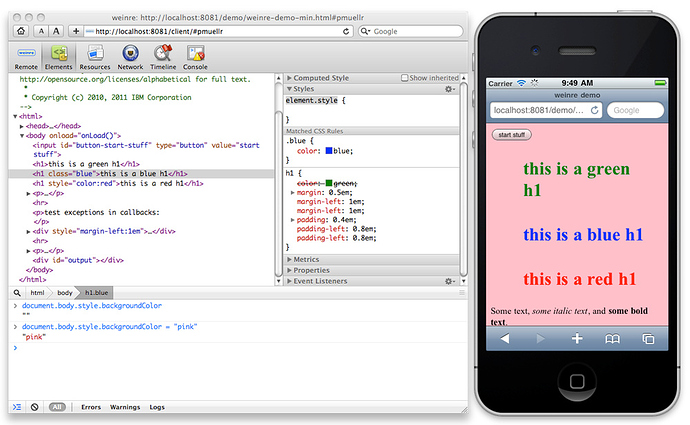 I agree, an inspector would be really nice

same do you know a fix?

After allowing PORT 8100, via TCP inside INBOUND RULES of Windows Firewall, still getting the error
net::ERR_CONNECTION_TIMED_OUT. Anyone successful in making it work for the office laptop. Laptop’s browser is opening the URL, but not from device

Discovery uses UDP, not TCP, if that is what u r looking for (probably not)

Maybe try an alternative to Ionic’s DevApp? This one allows u to enter a url and configure your own plugins

Hi this is a second try to make a boilerplate for devs to have their own controlled and inspectable DevApp. Features: discovery using UDP add hosts manually store recently used hosts use Chrome inspector tools to see console logs tested on Android I haven’t tested this against many cordova plugins, but it should work better compared to my earlier try out as I am using a cordova injection plugin. Also, I haven’t tested it on iOS. So, if there is someone who wants to give it a try? @jaydz …

Its open source, so only a build on your own is needed.

Tested in android and ios

@Tommertom Changing it to UDP did the trick. Thanks a lot.
I tried yours too, created a client app, but what to add under Add Your Own Server

@Tommertom, now i am able to see it under your Devapp Heading. Wow, its awesome. I have one more issue with cordova plugin inappbrowser, i will post it under your Github 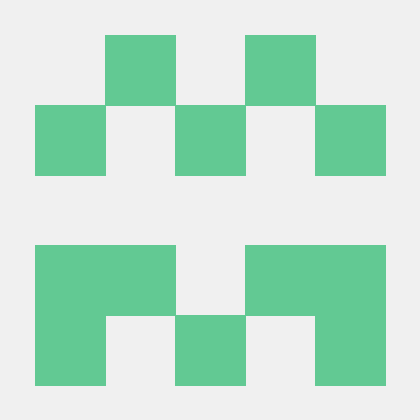 Thx for testing and feedback!

Just started using DevApp but noticed that it does not have support for Diagnostic which is the tool that I use for checking rights like Diagnostic.isContactsAuthorized and Push.hasPermission etc. Is it me or is it a bit odd that this standard plugin is not supported?

Any idea how to prevent it from throwing errors? So a way to identify that this plugin is missing or detecting that I’m using DevApp?

Its a effective tool could manage your time , it having lot of plugins. However can I ask for one more to be added the iBeaon plugin as I can’t create an app to talk to beacons without it. If I can’t use IONIC for this app I’ll have to go native .
http://www.goldensuntechnology.com/

Hey all. I’m sure you saw the update on Ionic View, where Apple is banning the entire category of app preview testing tools: https://blog.ionicframework.com/ionic-view-sunsetting-on-9-1-18/

We’re not sure what that means for Dev App. For now, we’re not going to submit any updates to the app to avoid having the app removed. I know that sucks, but Apple has made their decision clear to us and they are slowly going through the app store and removing all of these kinds of apps (at least that is what they have told me).

That’s all we know for now.

You don’t need to “go native” to use that plugin, but dev app won’t support it, unfortunately.

I wonder what’s wrong when I run a really basic app (just created with a single page) and try to get the current location with the geolocation plugin.

Interesting is that this code runs fine in Google Chrome (localhost).

This is the output:

This code runs when I click on a button (so device/platform/etc is ready):

And this is my ionic info:

Please let me know if you need any other information.

Thank you for your help.

You are the BEST! Thank you!

When I run the app on my IOS device I do not see my app. I am able to open the external link on the device but the app indicates that it is “Listening for apps on your network”. If I connect directly to my router via a network cable I can see and use the app. What I am I doing wrong.

I am ising barcodescanner phonegap plugin with cordova. App crashes right after scanning a barcode. Installing it natively works fine…

Device: Galaxy S9
I can’t find DevApp version but I just installed it 2 days ago…

How can I save manually connecting IP/PORT information on Ionic Dev App?
So I can reuse it next time when I run.

I use USB cable internet connection from Mac to Android. It’s not WiFi connection. And I have to retype it over again.

With DevApp my Android device, on ionic 4 beta, I have no console log :

Do you know if it is normal or maybe you have a workaround in beta mode?