If I can’t apply a new update from the app store and know the app will work (regardless of what’s happened before on the device), then I think that’s a problem…

i ve a fix for the html issue.

I added an HTTP Interceptor to my app.js in the config part. Since every template is fetched via HTTP its easy to change the path to the stored file path

It would be great if anyone could test my workaround just tested it on a really simple APP ( Starter ) . i now the code is not very robust ( missing checking files are available in the filesystem , request already points to the right location … )

Also i m mit sure if its possible to integrate this into the loader directly, because the workaround works only for angular / ionic projects

since the angularJS interceptor works great for, i checked several issues again and how they can be solves

Works out of the box:

Works after the great work of @rajatrocks

BTW where are the PRs for your solutions

So from an Ionic/AngularJs dev view everything seems to work, but there is a problem which can not be fixed without a native plugin ( hope it can but i didnt found a solution ):

So from my point of view cordova app loader works fine. And its well integrated into my development workflow. Also its nice to have the app and the backend always in sync ( update of the backend causes auto. an update of the app )

I m also working on a simple server app for managing different users and versions of an app ( i think the ionic team is doing the same, but its not ready yet). To increase the speed of development and testing

That’s great that you’ve figured it all out! After thinking about it, I’ve decided that CAL isn’t a good solution for me for the reason I mentioned above - if I can’t guarantee that an app store update will always work, then I think the solution is too risky. And with CAL, that’s exactly the case - files that have been cached locally, potentially improperly, will continue to be loaded even after an app store update AND a server update. I believe this is what happened in my case:

In general it all just seems too prone to problems for my taste, so I’ve pulled it all out of my app for now. Let me know how you feel after you run it in production for a while, and maybe I’ll change my mind

And re: PRs - I’m being completely serious when I say that all I know how to do in git is check code in. One of these days I’ll learn how to do your fancy forks and branches and pull requests and some such.

since i ve added the all the changes. ( Order of loading scripts, http interceptor for template files, imagecache, callback ) It works very well for me.

Tested about ~ 100 changes yesterday ( auto. via script ) and was working fine all the times.

I ve modified the bootstrap.js to include just css/js and skip html ( html templates via angular http interceptor )

I will push the code to github when its done

Awesome, and kudos for working through all the issues. Looking forward to seeing it!

ok, tested this, looks like a good solution and seems to work great so far… Thanks!!

Yeah, I just saw that in Shazron’s post as well: https://shazronatadobe.wordpress.com/2015/03/03/wkwebview-and-apache-cordova/ - that’s unfortunate.

did you achieve to have a reusable component, whatever… ? I tried with the normal cordova-app-loader and with many hints from this topic and other places, but still don’t fully succeed.
would be cool to see a working example

sorry i can not provide a full example, since its a closed source app.

In my app.js i ve added a http interceptor in the config section

@thetoaster was the example helpful or do you need further informations ?

Do I really need an appmanifest and cordova-app-loader if my app only should work online (with a small “sorry-you’re-not-online-fallback”-view)?

Wont it be enough to just point all my JS and css to a remote server like below, and then force a reload of the files when they need to be updated with something like window.location.reload(true)?
All the views could be compiled with ex gulp-angular-templatecache

Or am I missing something here?

@tobbe the issue with what you described (as much as i wish it was so simple) is that you miss out on caching those files locally. Every time the app opens it will have to download everything again.

@urbiwan
Based on your input I’ve forked your repo and updated your code to a working state: 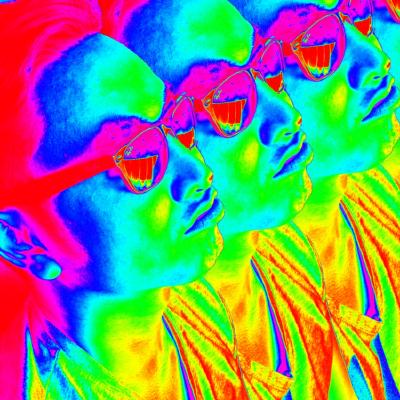 Contribute to ionic-app-loader development by creating an account on GitHub.

I can hot push JavaScript files, but HTML files still don’t work. Maybe you can have a look over it to point me into the right direction.

If you wish a pull request, just ping me.

I’ve thouroughly read all tips of @urbiwan and updated my repo to a working state.
So far HTML/JS/CSS files are working.
Maybe some one has the time to implement the ngCacheImage feature.

@rajatrocks should anyone use Application Cache ? As it seems not supported via wkWebView ?

Ionic has their own service now: http://blog.ionic.io/announcing-ionic-deploy-alpha-update-your-app-without-waiting/

I switched to my own update plugin ( native ) , which is inspired by ionic deploy, but without the complete functionality