I switched to capacitor-community/ sqlite from Cordova SQLite, I also followed the doc on how to use the plugin but after running ionic serve nothing appears in the browsers (screenshot below) but when I revert changes the apps loads properly.

I need pointers please…super stuck here. I switched because the https://ionicframework.com/docs/native/sqlite gives errors on iOS. In iOS, I get a build error “Missing objc_arc feature” in SQLitePlugin.m

But the focus now is on getting the Capacitor SQLite to works. Thanks 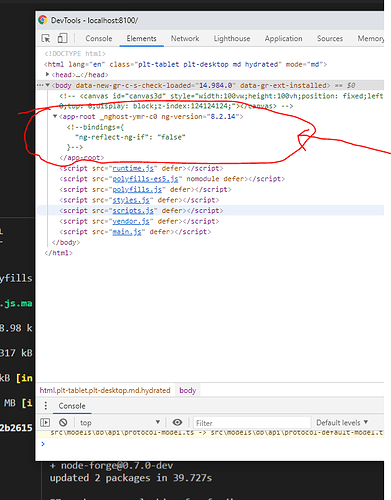 Can you provide public access to a minimal repository that reproduces the problem?

SQLite doesn’t run on the web, so just FYI if you’re running ionic serve. As @rapropos mentioned, more details would be helpful. Any errors displayed in the console?

Yes i know it doesn’t work on the web. I already tested on emulator and mobile. The problem still persist.

Did you solve the problem?

I think its just some plugin conflicts and i couldn’t resolve it so i just used the cordova sqlite plugin anyways…if you have the missing_obj error on ios build, look at this post to resolve it Missing objc_arc feature

I tried, but it didn’t work.

were you also using Cordova and migrated to Capacitor? remove the capacitor sqlite plugin

I reinstalled the plugin and now it is working, but without your recommendations, I mean “Weak References…” and “Reateadly using a…” both of them =Yes, I used No instead. However I started to have problems with the plugin Local Notifications, but that is another problem.

thank you for your reply and help!